Are You A Victim of Contamination Illness Aboard a Disney Cruise Ship? Madalon Law Can Help

A cruise ship is nothing less than a floating city. And like any city, it requires clean drinking water, proper sanitation, adequate sewer and carefully handled food.

Throughout cities around the world, a lapse in one of the above-mentioned categories has lead to outbreaks of viruses, rapid growth of bacteria, and the spreading of diseases that can decimate a population.

Every year, Miami Disney cruise ship accident lawyers handle cases where a lack of attention paid by the staff and crew has led to the injury and illness of their passengers. These cases involve food poisoning, bed bug outbreaks, legionnaires’ disease, and a host of other threats.

Cruise lines are expected to maintain a safe and secure living environment for their guests and when they fail to do so, they do so negligently, which should not go unpunished. 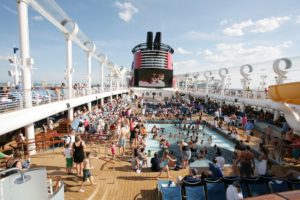 Our Disney cruise ship accident attorneys in Miami believe that many cases of food poisoning could have been avoided had staff and crew not been negligent in their actions.

Day in and day out, cruise lines provide breakfast, lunch and dinner to all of their guests. Fine dining, casual eats, and decadent desserts line the tables of the dining rooms with chefs crafting well thought out meals for each occasion.

However, all that food has to be handled by a variety of people before it reaches your plate, and must be stored properly to maintain a level of freshness and cleanliness.

The CDC reports that each year approximately 48 million people are affected by a foodborne illness, with 128,000 being hospitalized and 3000 dying due to the complications.

Researchers have identified more than 250 foodborne diseases that range in severity from a mild upset stomach to full blown poisoning that can result in death. More often than not, improper handling and storage are the main culprits for the contamination.

Here in Miami, Disney cruise ship accident lawsuits involving foodborne illnesses are typically filed because of some common causes of the illnesses. As we’ve stated before, just because they are common instances does not mean they are expected and reasonable.

Any type of negligence or improper techniques that lead to passengers being afflicted with a foodborne illness are serious and need to be addressed by a qualified attorney.

Some of these common sources include but are not limited to:

Contracting a foodborne illness due to poor handling and storage by crew members is a sure sign of negligence and Disney cruise ship accident lawsuit lawyers in Miami are ready to fight for you.

Fight for Your Rights

No one who is afflicted with a foodborne illness while aboard a cruise ship should ever have to suffer alone.

Madalon law has a team of Disney cruise ship accident lawsuit attorneys in Miami ready to handle your case and find you the justice and compensation you deserve for suffering at the hands, coughs, and poor choices of others.

Contact us today to find out what options are available to you if you have been a victim of foodborne illnesses or other forms of injury while aboard a Disney cruise ship.