The Sun Sentinel recently reported that 141 people have sued the makers of ranitidine, a drug also known by the brand name, Zantac.

It was marketed as safe, but recent developments and investigations by the F.D.A. indicate that Zantac and ranitidine may not be as safe 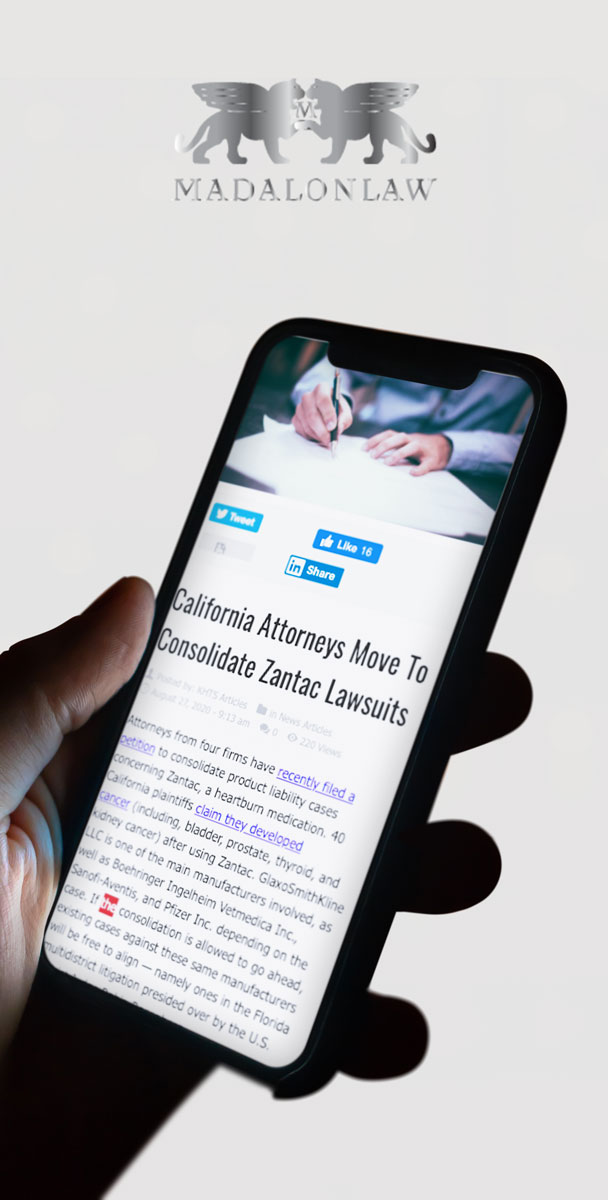 In a news report by KHTS, journalists noted 40 California plaintiffs seeking damages from the makers of Zantac and other drug manufacturers.

Lawyers expect many more victims and families to come forward in the coming weeks and months.

Why are the makers of Zantac facing lawsuits? On April 1, 2020, the F.D.A. called for the removal and withdrawal of all over-the-counter ranitidine products. This includes Zantac, an over-the-counter medicine used to treat heartburn. Why was Zantac recalled? In an investigation, the F.D.A. founds levels of NDMA in the product. NDMA is a known carcinogen. According to the World Health Organization, various studies provide evidence that NDMA has carcinogenic properties, with the substance being linked to liver cancer, kidney cancer, gastric cancer, lung cancer, and other cancers. In fact, the World Health Organization notes that “NDMA has been consistently shown to be a potent carcinogen.”

Zantac is an antihistamine medication that can lower the amount of acid the stomach produces. People take Zantac as an over-the-counter medication to treat and prevent heartburn. Some individuals with more serious heartburn may take the medication with a prescription.

As more families learn about the F.D.A.’s removal of ranitidine and Zantac from the shelves, and learn about the reasons why, lawyers, including Madalon Law are poised to help clients by taking on these cases. If you or someone you love was a regular or long-term user of Zantac and then went on to develop cancer, it is possible there might be a link. Madalon Law is currently taking cases from clients who have developed cancer after long-term use of Zantac. It is possible, based on research provided by the World Health Organization, that individuals may even face the risk of developing cancer even after short-term use of very high levels of NDMA. The F.D.A. is still investigating how high the levels of NDMA in a single dose might have been, but the initial results are alarming enough to call for a withdrawal and a request of the public not to take the drug.

When it comes to a lawsuit for Zantac, the most likely candidate will be a patient who took Zantac regularly for a period of time who then went on to develop cancer. Of note are liver cancers, kidney cancer, bladder cancers, intestinal cancer, colorectal cancer, esophageal cancer, and gastric cancer.

When it comes to a lawsuit for Zantac, the most likely candidate will be a patient who took Zantac regularly for a period of time who then went on to develop cancer. Of note are liver cancers, kidney cancer, bladder cancers, intestinal cancer, colorectal cancer, esophageal cancer, and gastric cancer.

Zantac Withdrawal: What You Need to Know 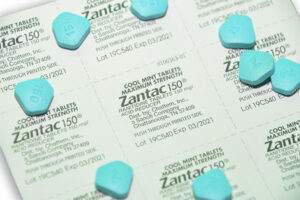 The F.D.A. called for all Zantac products to be pulled from the shelves in April. While the agency did not detect unacceptable levels of NDMA in the samples it tested, it is believed that NDMA levels can rise over time and if exposed to excessive heat. This means that even if there might be low levels of NDMA in testing, after shipping of the drug, it is possible that these levels can be higher by the time the product reaches the end consumer. Longer-term storage of the product can also lead to higher levels over time. Researchers found levels of NDMA higher than considered acceptable in older samples—like those that might be found in a medicine cabinet at home. According to the New York Times, ranitidine is an unstable molecule. When exposed to heat, it can degrade into NDMA. In another study, researchers testing how Zantac behaved in a chemical environment similar to the stomach found that when Zantac interacted with stomach acid, it could create dangerous and deadly levels of NDMA.

What does this mean for you? It means that if you have Zantac or ranitidine products at home, you should throw them away and not use them. The F.D.A. is also telling consumers to stop taking any Zantac products they may have at home, and if they are taking the drug under doctor’s orders, the F.D.A. is calling for patients to speak to their doctor about the risks.

If you occasionally take Zantac, the best course forward is to throw away any Zantac products you have at home, and talk to your doctor about alternatives. If you have any symptoms of common cancers linked to Zantac use, you may want to speak to your doctor for a screening. If you take Zantac regularly to manage heartburn, you may want to speak to your doctor to learn more about alternatives, and also monitor your health. Madalon Law is a Zantac lawsuit lawyer committed to helping clients and their families seek justice. You and your family may be able to join a growing number of people seeking compensation from the makers of Zantac.

How Madalon Law Can Help You with Your Zantac Lawsuit

It is likely that the Zantac lawsuit will be a class action suit. Consumers were marketed Zantac under the premise that it was safe to use and effective at treating heartburn. It appears that Zantac may not have been as safe as previously thought. This can have serious consequences for the drug-makers, who could find themselves responsible for compensating families and individuals who have suffered illness as a result. Victims and families may have the right to seek compensation for medical bills, lost wages, and pain and suffering stemming from their illness or development of cancer. If a class action lawsuit moves forward through the courts, the initial several hundred cases could potentially become thousands, given the years that Zantac has been on the market and the seriousness of the recent discovery.

Do you have questions about your rights? Do you think you may have developed cancer after regularly taking Zantac? Reach out to Madalon Law, a Zantac lawsuit lawyer today to learn more. We are a team of compassionate and caring attorneys who can review your case and advise you on the next steps.